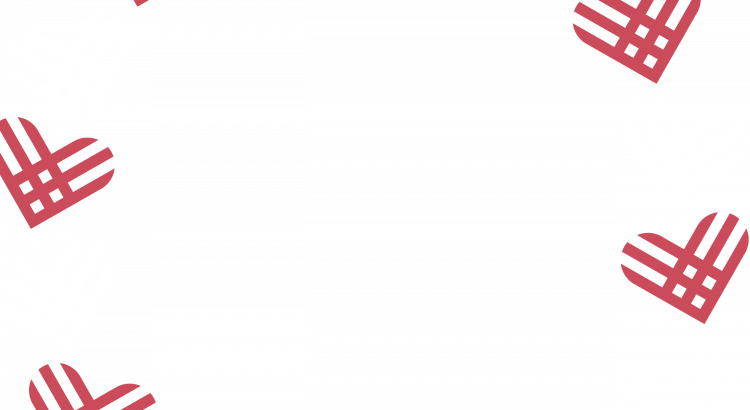 GIVE A GIFT of EDUCATION TODAY-
https://event.auctria.com/2cd0df57-b8d1-4b51-b48b-cb288d38e3f4
A gift, in any amount, made to St. Paul’s Annual Falcon Fund is greatly appreciated by our students, faculty and future Falcons!
Your gift to the St. Paul Annual Falcon Fund on #GivingTueFalconsDay will allow St. Paul students the opportunity to sustain academic excellence, provide tuition assistance and scholarships for deserving St. Paul students as well as assist in the relief efforts of the Catholic Relief Services. St. Paul will participate in its’ own #GivingTueFalconsDay by gifting 10% of any funds donated to St. Paul’s Annual Falcon Fund on #GivingTuesday to Catholic Relief Services, a non-profit providing health, food, education — hope.

St. Paul students live our five core values every day – one of them being Service – Giving of one’s self to help and support others. Each year we donate a portion of our proceeds in support of a charity close to the school and we are glad we can help in this way.

Make sure to share our #GivingTueFalconsDay on social media on 12/3/2019!

Donations will be accepted on our website all day that day!

Thank you again for your consideration!

Make sure to share our #GivingTueFalconsDay on social media!

Visit the Drama Club on Friday evening at Light Up St. Paul from 6:30pm-8:30pm and on Saturday from 9:00am-1:00pm and purchase your Christmas wreaths to adorn your home, business or church. Wreaths are available decorated or undecorated in a few different sizes. These wreaths will be sold in the back of the school in the Senior Courtyard. 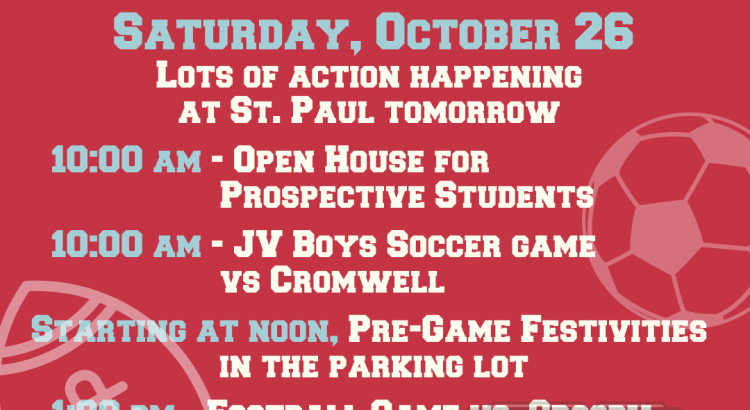 Thomas Pauloz ’20, Senior Class President has been named a Commended Student in the 2020 National Merit Scholarship Program. He was among the approximately 34,000 Commended Students throughout the nation being recognized for their exceptional academic promise. These students placed among the top 50,000 scorers of more than 1.5 million students who entered the 2020 competition by taking the 2018 Preliminary SAT/National Merit Qualifying Test (PSAT/NMSQT).
A Letter of Commendation from the school and the National Merit Scholarship Corporation (NMSC) was presented by President Cary Dupont ’72 to Thomas at a morning assembly with the entire student body in attendance. Mr. Dupont shared, “We are all extremely proud of Thomas and his academic development, he’s a great role model and represents the very best of St. Paul.”
“Those being named Commended Students have demonstrated outstanding potential for academic success,” commented a spokesperson for NMSC. “These students represent a valuable national resource; recognizing their accomplishments, as well as the key role their schools play in their academic development, is vital to the advancement of educational excellence in our nation. We hope that this recognition will help broaden their educational opportunities and encourage them as they continue their pursuit of academic success.”
Way to go Thomas! 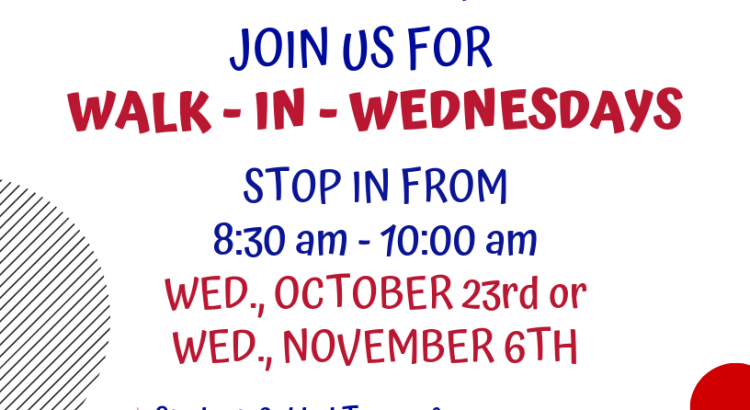 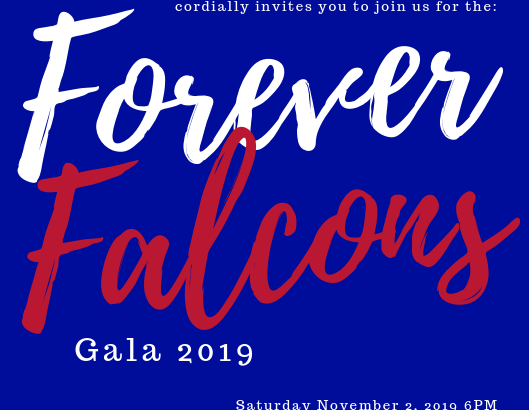 The date has been set for St. Paul’s premier fundraising event!

Visit www.spchs.com/foreverfalcons for more information on
becoming a sponsor, purchasing your tickets or making a donation. Bristol’s City Council Meeting on Nutmeg TV – St. Paul Students are at 55:00 minutes and Mr. Cary Dupont is at 38:00 minutes.

On October 1st, St. Paul Catholic High School conducted elections in which students elected a set of Department Heads and Mayor. Today, these students did a job shadowing with their City Hall counterparts and beginning at 7pm tonight, they will also be running a portion of this evening’s City of Bristol City Council meeting.

They are:
Mayor-Thomas Pauloz shadowed Mayor Ellen Zoppo-Sassu and will be chairing tonight’s City Council meeting.

Chief of Police- Michael Ferraro attended the regional Police Chiefs Association meeting with Chief Brian Gould (and also had the opportunity to pull over his dad in traffic on their way back to City Hall).

Registrars of Voters-Sammi Bray helped the Registrars prepare for the upcoming election and also processed the voter registration of “Mayor Pauloz,” who turns 18 before the election and is thus eligible to vote on November 5th.

Town & City Clerk-Sarah Lynch assisted the staff in processing absentee ballots for the upcoming election as well as reviewed all of the vital statistics functions.

“The Mayor’s Youth Cabinet has been a great entry point for kids to get involved in city government,” stated Mayor Ellen Zoppo-Sassu. “After doing the meetings for a year, we thought bringing back these Mock Elections that used to be done years ago would be another great program to add.”

“There are a ton of issues that affect the youth in this town yet they don’t have a vote,” said Councilman Scott Rosado who serves as liaison to the Youth Commission. “Recently the city paved a new section of pavement at the former Centre Mall site so that the kids would have a place to ride their bikes and do all their tricks. Previously, they were weaving in and out of traffic causing safety concerns. We want to continue to have an open dialogue so that they feel invested in their community too.”

Calling all men to join us for a day of dynamic speakers, exhibitors, incredible worship, Confession, Adoration, fellowship, and food!

This year’s theme is “Forge Your Path to Holiness.” Auxiliary Bishop Juan Miguel Betancourt is the opening speaker. Archbishop Leonard P. Blair will be the primary celebrant at the 4 p.m. vigil Mass. Other invited speakers include Dan Burke, Deacon Harold Burke-Sivers and Father John Bartunek. Boxed lunch is included. Register at www.ctcatholicmen.org.

On October 11, students will participate in St. Paul Catholic High School’s Walk-a-thon to raise money for their school.
The funds raised will be used for school programs, classroom materials and school activities. We are all proud to be FALCONs and we hope you will consider a donation support our students and our school. Any amount contributed will help us reach our goal. THANK YOU! Michael E. Walsh ’07 was a standout runner at St Paul’s High School and Fordham University who was tragically killed after being hit by a snow plow while running in his hometown of Torrington, CT.

This race is being held in his memory.

This event will be held at Riverfront Park in Hartford.

Registration opens at 8:30, the kid’s fun run will start at 9:30 and the 5K at 10:00.
T-shirts are guaranteed for runners and walkers registered by Monday, October 14th. Size guaranteed if registered before Oct 8.

To be a truly great Catholic high school.

Christ is the reason for St. Paul Catholic High School. Upon this foundation, young men and women from diverse backgrounds are challenged to be their personal best in academics, athletics, fine arts, and service to others, as they prepare for the rigors of college and lifelong learning. The St. Paul community is distinguished by the respect, care, and encouragement members give each other to achieve moments of greatness.

Faith – Knowing, believing in, and living the teachings of Jesus Christ and the Catholic Church.

Character – Living our Christian values with confidence and conviction.

Community – Fostering a sense of belonging by creating a safe and nurturing environment.

Excellence – Achieving one’s personal best and contributing to the success of our community.

Service – Giving of one’s self to help and support others.